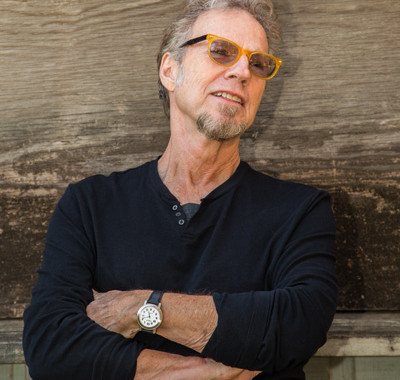 He may be known for playing on stage with rock’s legends like Bonnie Raitt, The Allman Brothers Band, Steve Winwood (16 years), The Band, Roger Glover, Gov’t Mule and Widespread Panic among others.  And respected for his songwriting – he’s  penned the title track for the Blind Boys of Alabama’s new Grammy Award winning album, adding to a long catalog of songs covered by Raitt, Gregg Allman, Bonnie Bramlett, Hot Tuna, Delbert McClinton, Bettye Lavette and more.

But it’s Bramblett’s own career as frontman where his artistry is in full display. He continues his storied career with continual reinvention and true conviction on his 11th album, Juke Joint at the Edge of the World.

His band is second to none and are the perfect team to bring his brilliance to life with tons of soul, funk and talent. Do not miss an opportunity to experience them live!

Due South | Rhythm & Roots
An intimate, BYOB evening with singer-songwriters, presented in partnership with Flowers AutoGroup.

The stories behind the songs, from the people who wrote them.. authentic #storytelling at its finest. - Series continues January 31st Presented by @flowersnissan #rhythmandroots #singersongwriters #zacbrownband #chickenfried #alanjackson #chatahoochee #wyattdurrette #jimmcbride #supportart #supportlocal #nightout #historicthomasville #musicmovesyou #experiencesoverthings 🎥 @broadstreetmedia
“The world is but a canvas to our imagination.” ~ Henry David Thoreau Bring your whole family together to imagine what makes your home a special place in our world. Family Art + Design Lab Making Home in Mixed Media Saturday, Feb 1 | 10am - 12pm | TCA Downtown
By POPULAR DEMAND, the UnVacant Lot installation will remain in place through March 9th. #spacesthatmoveyou #unvacantlot #thomasvillearts #rollwithit #creativedistrict
We’re only two weeks away from our next Rhythm and Roots show! Jan 31st we’re having Wyatt Durrette (Zac Brown Band) and Jim McBride (Alan Jackson and more) come play their hit songs and tell us the stories behind classics like “Chattahoochee” and “Chicken Fried”. Tickets on sale at eventbrite.com
Poetic observations + an experiment in abstract mixed media = a beautiful mess inspired by @toniardizzoneart
I AM PART OF ALL THAT I HAVE MET... #thomasvillearts #publicart #cademuseum
%d bloggers like this: